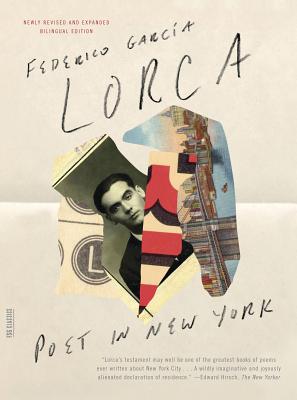 Written while Federico García Lorca was a student at Columbia University in 1929–30, Poet in New York is one of the most important books he produced, and certainly one of the most important books ever published about New York City. Indeed, it is a book that changed the direction of poetry in both Spain and the Americas, a pathbreaking and defining work of modern literature.
Timed to coincide with the citywide celebration of García Lorca in New York planned for 2013, this edition, which has been revised once again by the renowned García Lorca scholar Christopher Maurer, includes thrilling material—new photographs, new and emended letters—that has only recently come to light. Complementing these additions are García Lorca's witty and insightful letters to his family describing his feelings about America and his temporary home there (a dorm room in Columbia's John Jay Hall), the annotated photographs that accompany those letters, a prose poem, extensive notes, and an interpretive lecture by García Lorca himself.
An excellent introduction to the work of a key figure of modern poetry, this bilingual edition of Poet in New York, a strange, timeless, vital book of verse, is also an exposition of the American city in the twentieth century.

“Lorca's testament may well be one of the greatest books of poems ever written about New York City . . . A wildly imaginative and joyously alienated declaration of residence.” —The New Yorker

Federico García Lorca, one of Spain’s greatest poets and dramatists, was born in a village near Granada in 1898 and was murdered in 1936, at the beginning of the Spanish Civil War.

Christopher Maurer, the editor of García Lorca's Selected Verse, Poet in New York, and other works, is the author of numerous books and articles on Spanish poetry. He is head of the Department of Spanish, French, Italian, and Portuguese at the University of Illinois-Chicago.

Steven F. White is an independent historian residing in Frederick Maryland, USA. The recipient of two Fulbright awards and a research fellowship at European University Institute, he has taught at the University of Virginia, Averett University, the University of Perugia, Mount St. Mary's University and the U.S. State Department's Foreign Service Institute. He has published widely on modern Italian social and political history, including Progressive Renaissance: America and the Reconstruction of Italian Education, 1943-1962 (1991).
Loading...
or support indie stores by buying on