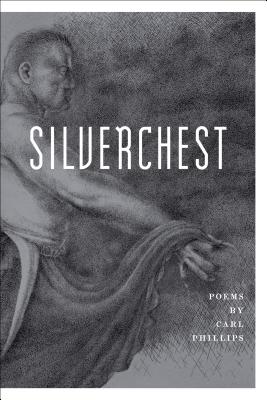 A bracingly beautiful new collection from the author of Double Shadow

"After the afterlife, there's an afterlife."

In Silverchest, his twelfth book, Carl Phillips considers how our fears and excesses, the damage we cause both to others and to ourselves, intentional and not, can lead not only to a kind of wisdom but also to renewal, maybe even joy, if we're willing to commit fully to a life in which "I love you / means what exactly?" In poems shot through with his signature mix of eros, restless energy, and moral scrutiny, Phillips argues for the particular courage it takes to look at the self squarely—not with judgment but with understanding—and extend that self more honestly toward others: It's a risk, there's a lot to lose, but if it's true that "we'll drown anyway—why not in color?"

“I have a candidate for the author of the most interesting contemporary English sentences and it is not primarily a prose writer: the American poet Carl Phillips . . . Phillip's style has been remarkably consistent from volume to volume, upsetting our easy assumption that great artists evolve from phase to phase.” —Dan Chiasson, The New Yorker

“Bruised past ripeness, all the action offstage, overwhelmed with beauty and always threatening to dissolve, Carl Phillips' Silverchest is an unlikely candidate for my favorite book of the year. Yet I doubt any new poetry collection has given me as much pleasure as this unusually--generously--slender, wintering tome. Part of that comes down to abundance: Phillips just writes so damned well, a rich ear interlocking his phenomenal powers of perception and imagination . . . The providence, here, when there is provision, is not so much in the world that Phillips describes as it is in the challenged art of description itself. Phillips' humility brings him to beauty. And his inability to account for his place among the living has allowed him to make the interplay between illusion and awareness into the one book this year that most richly and persuasively, at least for me, reinstates the possibility of finding meaning in a world that is forever ready to revoke the sources of meaning in our lives.” —Jonathan Farmer, Slate

“Phillips is a great poet of morality and desire and the complicated relationship between the two.” —Jared Bland, The Globe and Mail

“Silverchest is Carl Phillips's twelfth book of poems, and while it is a book only Carl Phillips could have written (which I mean as praise and not as a claim of redundancy), it breaks away into a new territory and, at times, new voice, as it deals directly with landscapes informed by the natural world as much as by the sexual imagination . . . And while Phillips is arguably at his most personal, and therefore revelatory, with Silverchest, he is also at his most spare, while still keeping close to the strong lyric dialectic line that informs all of his other books. It's a book that feels in tone and suppleness haunted not only by the past, but by what the present is trying to tell the future and beyond the future . . . Most of the poems are raw and short and thrilling the way shortness of breath is thrilling.” —Michael Klein, Coldfront

“In these gorgeous, meticulously constructed lyric poems, nature and music--motifs Phillips returns to often--take on the role of correlatives, evoking the mind's own cadence, its certainty and thaw. ” —Publishers Weekly