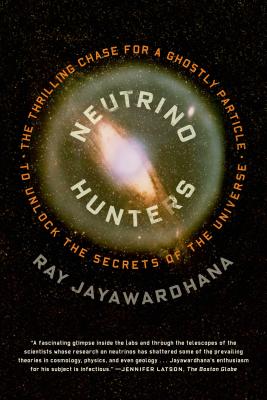 
Praise For Neutrino Hunters: The Thrilling Chase for a Ghostly Particle to Unlock the Secrets of the Universe…

Ray Jayawardhana is a professor and the Canada Research Chair in Observational Astrophysics at the University of Toronto. His writing has appeared in The New York Times, The Economist, Scientific American, and more. He is the author of Strange New Worlds, named one of Library Journal’s best science books of 2011, and Neutrino Hunters, from SciAm/FSG. In 2014, he was named a Guggenheim fellow in the field of natural sciences. He lives in Toronto.
Loading...
or support indie stores by buying on