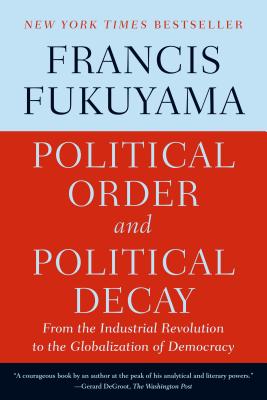 
Praise For Political Order and Political Decay: From the Industrial Revolution to the Globalization of Democracy…

Francis Fukuyama is the Olivier Nomellini Senior Fellow at Stanford University's Freeman Spogli Institute for International Studies. He has previously taught at the Paul H. Nitze School of Advanced International Studies of Johns Hopkins University and at the George Mason University School of Public Policy. He was a researcher at the RAND Corporation and served as the deputy director in the State Department's policy planning staff. He is the author of The End of History and the Last Man, Trust, and America at the Crossroads: Democracy, Power, and the Neoconservative Legacy. He lives with his wife in California.
Loading...
or support indie stores by buying on