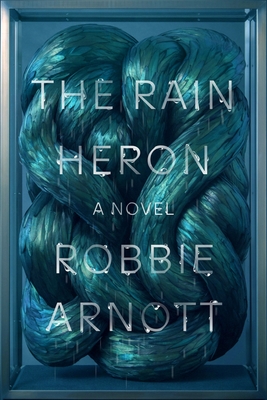 "Astonishing...With the intensity of a perfect balance between the mythic and the real, The Rain Heron keeps turning and twisting, taking you to unexpected places. A deeply emotional and satisfying read. Beautifully written." --Jeff VanderMeer, author of Borne. One of LitHub's Most Anticipated Books of 2021.

A gripping novel of myth, environment, adventure, and an unlikely friendship, from an award-winning Australian author

Ren lives alone on the remote frontier of a country devastated by a coup d'état. High on the forested slopes, she survives by hunting, farming, trading, and forgetting the contours of what was once a normal life. But her quiet stability is disrupted when an army unit, led by a young female soldier, comes to the mountains on government orders in search of a legendary creature called the rain heron—a mythical, dangerous, form-shifting bird with the ability to change the weather. Ren insists that the bird is simply a story, yet the soldier will not be deterred, forcing them both into a gruelling quest.

Spellbinding and immersive, Robbie Arnott’s The Rain Heron is an astounding, mythical exploration of human resilience, female friendship, and humankind’s precarious relationship to nature. As Ren and the soldier hunt for the heron, a bond between them forms, and the painful details of Ren’s former life emerge—a life punctuated by loss, trauma, and a second, equally magical and dangerous creature. Slowly, Ren's and the soldier’s lives entwine, unravel, and ultimately erupt in a masterfully crafted ending in which both women are forced to confront their biggest fears—and regrets.

Robbie Arnott, one of Australia’s most acclaimed young novelists, sews magic into reality with a steady, confident hand. Bubbling with rare imagination and ambition, The Rain Heron is an emotionally charged and dazzling novel, one that asks timely yet eternal questions about environment, friendship, nationality, and the myths that bind us.


Praise For The Rain Heron: A Novel…

"Arnott’s writing is clear and compelling, particularly in descriptions of the folkloric bird, with its 'rain-smeared transparency.'” --The New Yorker (Briefly Noted)

"A gorgeous and spellbinding eco-fantasy." --Buzzfeed

"A dazzlingly visual novel . . . these aren’t special effects, the spectacle of the screen, or images for the pure sake of optical impact. This is the visuality of myth, in which images are important not for their beauty or grandeur but for their resonance, their power to encapsulate deep truths more fully and potently than any amount of exposition ever could . . . a powerful story, beautifully rendered." --Ellie Robins, Los Angeles Review of Books

"In this lush, brutal fairy tale, Tasmanian author Robbie Arnott imagines a new mythical creature . . . Drenched in natural imagery, Arnott's vivid descriptive passages give readers a realistic world with enough wonder left to make a fit home for a creature out of a fable. While the heron is Arnott's original creation, it feels as ancient and established as a unicorn." --Shelf Awareness (starred)

"From the first fable of the rain heron to its moments of crisp lucidity, Arnott’s second novel enraptures the reader in a sense of awe . . . The Rain Heron is a truly spellbinding tale of environmental caution, capitalist retribution, reverberating trauma, and our hidden urge to believe in the fantastical in equal measure." --Zeena Yasmine Fuleihan, EcoTheo Review

"Superb descriptions of nature and weather, of human emotion and animal instinct, by Australian novelist Arnott evoke a landscape that is both startlingly immediate and mysteriously otherworldly: the perfect setting for a tense narrative of eco-disaster and fragile endurance. At once an urgent thriller and an elegiac fable, this mesmerizing tale is as lyrical as it is suspenseful." --Kirkus

"Reminiscent of Cormac McCarthy’s visceral The Road, an air of savage solitude infuses Arnott’s lyrically atmospheric postapocalyptic novel, where trauma and resilience are connected to memory and the loss of both self and surroundings." --Booklist

"Vibrant and violent . . . Arnott fascinates with fable-like stories and thoughtful meditations on the consequences of lessons learned too late." --Publishers Weekly

“In this lush and harrowing novel, Ren joins Harker, a soldier, in her search for the mythic rain heron and both are forever changed by the quest. Robbie Arnott chronicles their voyage through a harsh and wondrous landscape in gorgeous, lyric prose, while his plot moves with the swift elegance of an expertly-crafted page-turner. The Rain Heron is a potent fable that speaks urgently to our present times.” --Laura van den Berg, author of I Hold A Wolf by the Ears

“Astonishing...With the intensity of a perfect balance between the mythic and the real, The Rain Heron keeps turning and twisting, taking you to unexpected places. A deeply emotional and satisfying read. Beautifully written." --Jeff VanderMeer, author of Borne

"The Rain Heron is a patient and rooted fable told as naturally as a tree grows. With timeless and captivating prose, Robbie Arnott has a talent for making it look easy. I was transfixed." --Catherine Lacey, author of Pew

"The Rain Heron is fantastic. The ripping pace of a thriller combined with the emotional complexity of a Shakespearian tragedy, delivered in diamond-sharp prose. It pulls you into a world of myths come to life, where environmental destruction collides with socio-political decay, and you can't help but feel for all the characters as they navigate through the wreckage. Highly recommended." --Kawai Strong Washburn, author of Sharks in the Time of Saviors

"An evocative and poetic ecological myth set in a post-war world of climate disaster . . . mesmerising and beautifully written . . . Each narrative thread could stand as a shocking, beautiful and moral short story in its own right, but Robbie Arnott weaves them seamlessly together into a satisfying whole." --Kirsty McLuckie, The Scotsman

"The Rain Heron is literary art. Robbie Arnott has deftly crafted an audacious idea into an original, compelling work…Arnott blends his genres impeccably." --The Australian

"Arnott’s vision coalesces into an affecting narrative, charged with symbolism and characters who hold trauma, pain and cruelty in the same space… Arnott is uncommonly adept at imbuing his work with a rich, lived-in feel, a world close to our own, filled with parallel myths and coinciding calamities. And as he did in Flames, Arnott reminds us he is one of the best prose stylists currently working in Australia." --The Saturday Paper (Australia)

"A searing exploration of the entanglement of internal and external nature, and the human mind’s unconscious pull towards dominating [nature]…Arnott is brilliant at writing the natural world." --Kill Your Darlings (Australia)

"Robbie Arnott’s writing is as refreshing as a wash of rain; no-one is producing fiction quite like him . . . The Rain Heron reads like a fable, exquisite and melancholy, and Arnott’s love of landscape and nature is the most striking aspect of the novel . . . The Rain Heron is a climate novel disguised as a folk tale. Arnott should be commended for this rare skill of blending what feels like timeless mythology with a dire warning for our future." --Georgia Brough, ArtsHub (Australia)

"A strange and curious book…The craft is extraordinary." --The Bookshelf, Radio National (Australia)

"A story of survival, an ecological thriller weighted with a mythological perspective, and a dystopian adventure…This is a novel that beautifully captures people at war with themselves, with each other, with nature—and it’s a taut, tense thriller at the same time…It is the perfect book to read now. It brings us closer and it steadies the world just a little."--Readings (Australia)

Robbie Arnott is the author of the novel Flames, which won the Margaret Scott Prize, was short-listed for the Victorian Premier’s Literary Prize for Fiction, the Guardian Not the Booker Prize, and the Readings Prize for New Australian Fiction, and was long-listed for the Miles Franklin Literary Award. In 2019, he was named a Sydney Morning Herald Best Young Australian Novelist. He lives in Tasmania.
Loading...
or support indie stores by buying on