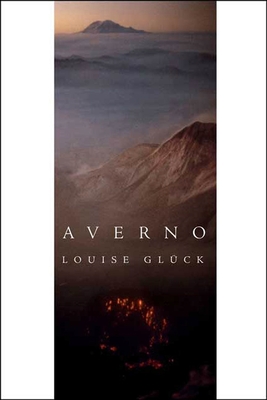 Averno is a small crater lake in southern Italy, regarded by the ancient Romans as the entrance to the underworld. That place gives its name to Louise Glück's tenth collection: in a landscape turned irretrievably to winter, it is a gate or passageway that invites traffic between worlds while at the same time resisting their reconciliation. Averno is an extended lamentation, its long, restless poems no less spellbinding for being without conventional resoltution or consolation, no less ravishing for being savage, grief-stricken. What Averno provides is not a map to a point of arrival or departure, but a diagram of where we are, the harrowing, enduring present.

Averno is a 2006 National Book Award Finalist for Poetry.

“Brilliant [poems of] complex, haunting power . . . Averno may be Glück's masterpiece. Certainly it demonstrates that she is writing at the peak of her powers.” —Nicholas Christopher, The New York Times Book Review

“Few poets can shoulder the weight of myth the way Glück does . . . The poems brilliantly display a poet's insight, a mother's warmth, and a mortal's empathy. There is wry humor, too, and, amid much that is dark, there are fragments of hope.” —The New Yorker

Louise Glück is the author of more than a dozen books of poems and essay collections. Her many awards include the 2020 Nobel Prize in Literature, the 2015 National Humanities Medal, the 1993 Pulitzer Prize for The Wild Iris, the 2014 National Book Award for Faithful and Virtuous Night, the 1985 National Book Critics Circle Award for The Triumph of Achilles, the 2001 Bollingen Prize, the 2012 Los Angeles Times Book Prize for Poems: 1962-2012, and the 2008 Wallace Stevens Award from the Academy of American Poets. She teaches at Yale University and Stanford University and lives in Cambridge, Massachusetts.
Loading...
or support indie stores by buying on