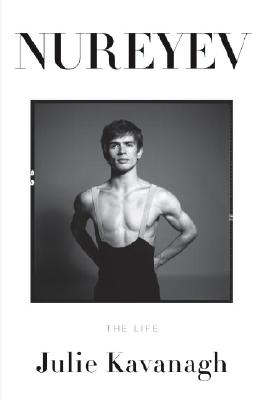 Rudolf Nureyev had it all: beauty, genius, charm, passion, and sex appeal. No other dancer of our time has generated the same excitement, for both men and women, on or off the stage. With Nureyev: The Life, Julie Kavanagh shows how his intense drive and passion for dance propelled him from a poor, Tatar-peasant background to the most sophisticated circles of London, Paris, and New York. His dramatic defection to the West in l961 created a Cold War crisis and made him an instant celebrity, but this was just the beginning. Nureyev spent the rest of his life breaking barriers: reinventing male technique, “crashing the gates” of modern dance, iconoclastically updating the most hallowed classics, and making dance history by partnering England’s prima ballerina assoluta, Margot Fonteyn--a woman twice his age. He danced for almost all the major choreographers--Frederick Ashton, George Balanchine, Kenneth MacMillan, Jerome Robbins, Maurice Béjart, Roland Petit--his main motive, he claimed, for having left the Kirov. But Nureyev also made it his mission to stage Russia’s full-length masterpieces in the West. His highly personal productions of Swan Lake, The Nutcracker, Raymonda, Romeo and Juliet, and La Bayadère are the mainstays of the Paris Opéra Ballet repertory to this day. An inspirational director and teacher, Nureyev was a Diaghilev-like mentor to young protégés across the globe--from Karen Kain and Monica Mason (now directors themselves), to Sylvie Guillem, Elisabeth Platel, Laurent Hilaire and Kenneth Greve.

Sex, as much as dance, was a driving force for Nureyev. From his first secret liaison in Russia to his tempestuous relationship with the great Danish dancer Erik Bruhn, we see not only Nureyev’s notorious homosexual history unfold, but also learn of his profound effect on women--whether a Sixties wild child or Jackie Kennedy and Lee Radziwill or the aging Marlene Dietrich. Among the first victims of AIDS, Nureyev was diagnosed HIV positive in 1984 but defied the disease for nearly a decade, dancing, directing the Paris Opéra Ballet, choreographing, and even beginning a new career as a conductor. Still making plans for the future, Nureyev finally succumbed and died in January l993.

Drawing on previously undisclosed letters, diaries, home-movie footage, interviews with Nureyev’s inner circle, and her own dance background, Julie Kavanagh gives the most intimate, revealing, and dramatic picture we have ever had of this dazzling, complex figure.

Praise For Nureyev: The Life…


"Not only the best biography of a ballet figure but, far more important, a Proustian recollection of that glamorous near-mythical time, the first half of our now setting century."
--Gore Vidal

"[Julie Kavanagh is] a Nancy Mitford of ballet, mingling gossip, social history, and critical commentary. London in the twenties and thirties... is re-created from personal accounts rendered at first hand, not mined from books."
--Arlene Croce, The New Yorker

"A remarkable achievement. It is fresh, crisp, and clear... An intimate and compelling portrait of a great artist."
--Howard Hodgkin

"A razor-sharp, often uproariously funny portrait of a demi-monde [that] is fascinating even to those poor souls with zero enthusiasm for ballet."
--Rupert Christiansen, The Spectator

Julie Kavanagh is the author of "Secret Muses: The Life of Frederick Ashton, " which won the Dance Perspectives Foundation de la Torre Bueno Prize. She trained in ballet before taking up a career in journalism and has been Arts Editor of "Harpers & Queen, "a dance critic for "The Spectator," and London Editor of both "Vanity Fair" and "The New Yorker." She lives in London with her husband and two sons.
Loading...
or
Not Currently Available for Direct Purchase