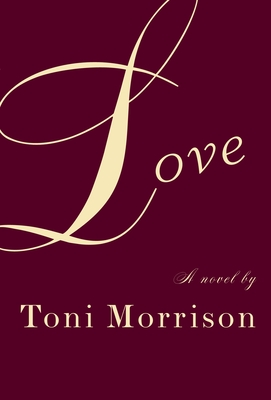 A major addition to the canon of one of the world’s literary masters.

May, Christine, Heed, Junior, Vida—even L: all women obsessed with Bill Cosey. The wealthy owner of the famous Cosey’s Hotel and Resort, he shapes their yearnings for father, husband, lover, guardian, and friend, yearnings that dominate the lives of these women long after his death. Yet while he is either the void in, or the center of, their stories, he himself is driven by secret forces—a troubled past and a spellbinding woman named Celestial.

This audacious exploration into the nature of love—its appetite, its sublime possession, its dread—is rich in characters, striking scenes, and a profound understanding of how alive the past can be.

Praise For Love: A novel…

“It’s a dense, dark star of a novel, seemingly eccentric, secretly shapely, … and with Morrison writing at the top of her game.”
-David Gates, Newsweek

“Haunting . . . In lyrical flashbacks, Morrison slowly, teasingly reveals the glories and horrors of the past . . . Morrison has crafted a gorgeous, stately novel.”
-Publisher’s Weekly

“Love is a profound novel. As a vivid painter of human emotions, Morrison is without peer, her impressions rendered in an exquisitely metaphoric but comfortably open style.”
-Brad Hooper, Booklist (starred and boxed review)

“A gorgeous deployment of enigmatic flashbacks…Love is an elegantly shaped epic of infatuation, enslavement, and liberation: a rich and heartening return to Nobel-worthy form.”
-Kirkus (starred review)

Toni Morrison is the Robert F. Goheen Professor of Humanities at Princeton University. She has received the National Book Critics Circle Award and the Pulitzer Prize. In 1993 she was awarded the Nobel Prize in Literature. She lives in Rockland County, New York, and Princeton, New Jersey.
Loading...
or
Not Currently Available for Direct Purchase