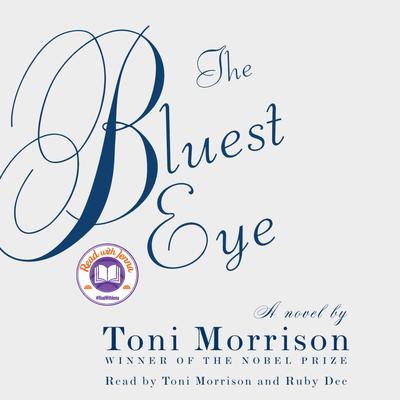 The Bluest Eye, published in 1970, is the first novel written by Toni Morrison, winner of the 1993 Nobel Prize in Literature.

It is the story of eleven-year-old Pecola Breedlove -- a black girl in an America whose love for its blond, blue-eyed children can devastate all others -- who prays for her eyes to turn blue: so that she will be beautiful, so that people will look at her, so that her world will be different. This is the story of the nightmare at the heart of her yearning, and the tragedy of its fulfillment.

Toni Morrison is also the author of Sula, Paradise, Song of Solomon, Tar Baby, Beloved (awarded the Pulitzer Prize in 1988), and Jazz. She has worked in publishing and has taught at various universities. Morrison is currently the Robert F. Goheen Professor at Princeton. Along with the Nobel Prize she received in 1993, Toni Morrison was also awarded the National Book Foundation Medal for Distinguished Contribution to American Letters in 1996.


Ruby Dee's distinguished career includes roles in Spike Lee's Do the Right Thing and Jungle Fever. Dee was also honered with an Obie Award for her role as Lena in Athol Fugard's Boesman and Lena. She has appeared in several television series, including "Roots," and won an Emmy for "Decoration Day."