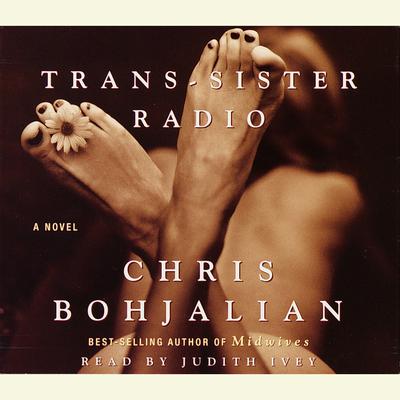 Four people in a small Vermont village are about to have their lives inexorably intertwined by the uncertainties of love . . . and the apparent absolutes of gender.

Schoolteacher Allison Banks, the long-divorced mother of a teenager on the cusp of college, has at last fallen in love. The object of her desire? Dana Stevens, a professor at the nearby university and her instructor for a summer film and literature course. Her daughter, Carly, watches with pleasure her mother's newfound happiness, but her ex-husband, Will, the president of Vermont Public Radio, is jealous. Still secretly in love with his ex-wife, he finds himself increasingly unsettled by the prospect of Allison's attachment to another man.

Yet Dana is unlike anyone Allison has ever been with: attentive, gentle, kind -- and an exceptionally ardent lover. Moreover, it's clear that Dana cares just as deeply for Allison. The only stumbling block? Dana has known always that in actuality he is a woman -- genitalia, plumbing, and perceptions be damned -- and he will soon be having a sex change operation.

At first Allison runs, but overwhelmed by the depth of her passions, she returns. But can the pair's love transcend both the biologic imperatives that are their bodies, as well as their ingrained notions of sexual preference? Moreover, can their love survive the outrage of the small community in which they live?

All four characters -- Allison, Dana, Carly, and Will -- narrate this compelling story, spinning a tale that will keep you turning the pages with the eagerness we usually reserve for thrillers, while nodding in wonder at such a deeply moving and profoundly honest portrayal of longing, love, and desire.

Chris Bohjalian is the author of eight novels, including Midwives, (a # 1 New York Times bestseller and an Oprah’s Book Club® selection), Trans-Sister Radio, and The Buffalo Soldier—as well as Idyll Banter, a collection of magazine essays and newspaper columns.

His work has been translated into seventeen languages, been published in twenty countries, and twice become acclaimed movies, (“Midwives” and “Past the Bleachers”).  In 2002 and he won the New England Book Award.