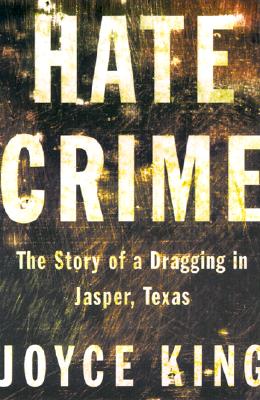 The Story of a Dragging in Jasper, Texas

On June 7, 1998, James Byrd, Jr., a forty-nine-year-old black man, was dragged to his death while chained to the back of a pickup truck driven by three young white men. It happened just outside of Jasper, a sleepy East Texas logging town that, within twenty-four hours of the discovery of the murder, would be inextricably linked in the nation’s imagination to an exceptionally brutal, modern-day lynching.

In this superbly written examination of the murder and its aftermath, award-winning journalist Joyce King brings us on a journey that begins at the crime scene and extends into the minds of the young men who so casually ended a man’s life. She takes us inside the prison in which two of them met for the first time, and she shows how it played a major role in shaping their attitudes—racial and otherwise. The result is a deeply engrossing psychological portrait of the accused and a powerful indictment of the American prison system’s ability to reform criminals. Finally, King writes with candor and clarity about how the events of that fateful night have affected her—as a black woman, a native Texan, and a journalist given the agonizing assignment of covering the trials of all three defendants. More than a spectacular true-crime debut, Hate Crime is a breathtaking work of reportage and a searing look at how the question of race continues to shape life in America.


Praise For Hate Crime: The Story of a Dragging in Jasper, Texas…

“A heartbreaking story of stupid hatred and the endless ramifications of one cruel and vicious act. This book mocks fatuous notions of closure. Joyce King eloquently demands that we subsume bigotry with respect and love. Her argument is angry, righteous, and tender.”
—James Ellroy, author of My Dark Places and L.A. Confidential

“A riveting journey behind the scenes of one of the most shocking crimes in modern history. King goes beyond the sound bites to craft a provocative book filled with revelations on race and the criminal justice system. This story will give you hope even as it breaks your heart, will make you think about how far America still has to go in the struggle for racial equality.”
—Tavis Smiley, author of How to Make Black America Better

A former reporter and anchor for a CBS radio affiliate, Joyce King is an award-winning twenty-year broadcast veteran. She also writes guest columns and opinion pieces for "USA Today, The Christian Science Monitor," and "The Dallas Morning News." This is her first book. King lives in Dallas.
Loading...
or
Not Currently Available for Direct Purchase