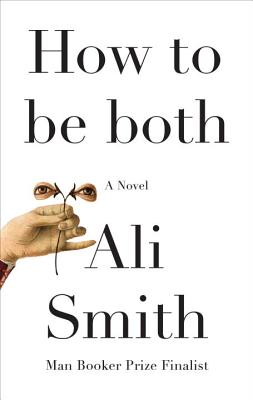 How to Be Both

Passionate, compassionate, vitally inventive and scrupulously playful, Ali Smith's novels are like nothing else. A true original, she is a one-of-a-kind literary sensation. Her novels consistently attract serious acclaim and discussion--and have won her a dedicated readership who are drawn again and again to the warmth, humanity and humor of her voice.

How to be both is a novel all about art's versatility. Borrowing from painting's fresco technique to make an original literary double-take, it's a fast-moving genre-bending conversation between forms, times, truths and fictions. There's a Renaissance artist of the 1460s. There's the child of a child of the 1960s. Two tales of love and injustice twist into a singular yarn where time gets timeless, structural gets playful, knowing gets mysterious, fictional gets real--and all life's givens get given a second chance.
A NOTE TO THE READER:
Who says stories reach everybody in the same order?
This novel can be read in two ways and this book provides you with both.
In half of all printed editions of the novel the narrative EYES comes before CAMERA.
In the other half of printed editions the narrative CAMERA precedes EYES.
The narratives are exactly the same in both versions, just in a different order.
The books are intentionally printed in two different ways, so that readers can randomly have different experiences reading the same text. So, depending on which edition you happen to receive, the book will be: EYES, CAMERA, or CAMERA, EYES. Enjoy the adventure.

Ali Smith is the author of many works of fiction, including the novel Hotel World, which was short-listed for both the Orange Prize and the Booker Prize and won the Encore Award and the Scottish Arts Council Book of the Year Award, and The Accidental, which won the Whitbread Award and was short-listed for the Man Booker Prize and the Orange Prize. Born in Inverness, Scotland, Smith lives in Cambridge, England.
Loading...
or
Not Currently Available for Direct Purchase