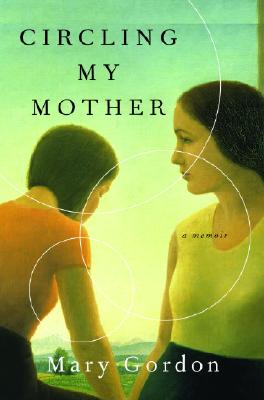 In this triumphant return to nonfiction after two critically acclaimed works of fiction, Mary Gordon gives us a rich, bittersweet memoir about her mother, their relationship and her role as daughter.

Anna Gagliano Gordon, who died in 2002 at the age of 94, lived a life colored by large forces: immigration, world war, the Great Depression, and physical affliction--she contracted Polio at the age of 3 and experienced the ravages of both alcoholism and dementia. A hard-working single mother--Gordon’s father died when she was still a girl--Anna was the personification of the culture of the mid-century American Catholic working class. Yet, even in the face of these setbacks, she managed hold down a job, to dress smartly and raise her daughter on her own, and though she was never a fan of the arts which so attracted Mary, she worshiped the beauty in life in her own way, with a surprising joie de vivre and a beautiful singing voice.

Gordon writes about Anna in all of her roles: sister, breadwinner, woman of faith and single mother. We discover Anna’s wry and often biting humor, her appreciation of life’s simple pleasures, her courage in breaking out of the narrow confines of her birth. Toward the end of Anna’s life, we watch the author take on all the burdens and blessings of caring for her mother in old age, beginning even then to reclaim from memory the vivid woman who helped her sail forth into her own life.

Bringing her exceptional talent for detail, character, and scene to bear on the life of her mother, Gordon gives us a deeply felt and powerfully moving book.

Praise For Circling My Mother: A Memoir…

Praise for The Shadow Man, Mary Gordon's Memoir of Her Father

"Gordon is truly brilliant and fearless in her ability to look even when her eyes burn and her heart breaks."
--Los Angeles Times

"Passionate and extravagant... The reader must testify... to the dominance of such absolute literary power."
--The New York Times Book Review

"This knotty, deeply personal book is irradiated by flashes of lyric brilliance."
--The New Yorker

"The rich and painful memoir of a daughter's loss and of the myriad ways in which a vacuum can shape a life... It possesses a candor that is neither self-conscious nor artful."
--The Boston Globe

Praise for The Stories of Mary Gordon

"With breathtaking succintness, she can sum up a lifetime dilemma--a character trapped between her past and present."
--Los Angeles Times

"It's been a long time since I've read a collection of short stories that so utterly fulfilled the promise of serious fiction: to let you be other people for a short while, and then to return to yourself, wonderfully enriched."
--The Boston Globe