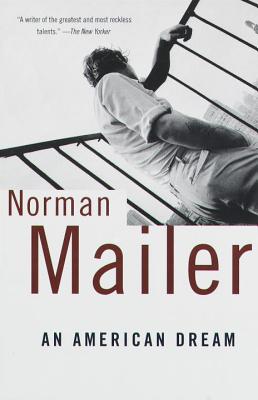 Stephen Rojack is a decorated war hero, a former Congressman, and a certified public intellectual with his own television show. He is also married to the very rich, very beautiful, and utterly amoral Deborah Caughlin Kelly. But one night, in the prime of his existence, he hears the moon talking to him on the terrace of a fashionable New York high-rise, and it is urging him to kill himself. It is almost as a defense against that infinitely seductive voice that Rojack murders his wife.In this wild battering ram of a novel, which was originally published to vast controversy in 1965, Norman Mailer creates a character who might be a fictional precursor of the philosopher-killer he would later profile in "The Executioner's Song." As Rojack runs amok through the city in which he was once a privileged citizen, Mailer peels away the layers of our social norms to reveal a world of pure appetite and relentless cruelty. Sensual, horrifying, and informed by a vision that is one part Nietzsche, one part de Sade, and one part Charlie Parker, "An American Dream "grabs the reader by the throat and refuses to let go.

Praise For An American Dream…

"A writer of the greatest and most reckless talents." —The New Yorker"A devastatingly alive and original creative mind." —Life"A work of fierce concentration. . . . Perfectly, and often brilliantly, realistic [with] . . . a pattern of remarkable imaginative coherence and intensity." —Harper's

Norman Mailer was born in 1923 in Long Branch, New Jersey, and grew up in Brooklyn, New York. In 1955, he was one of the co-founders of "The Village Voice." He is the author of more than thirty books, including "The Naked and the Dead"; "The Armies of the Night," for which he won a National Book Award and the Pulitzer Prize; "The Executioner's Song," for which he won his second Pulitzer Prize; "Harlot's Ghost"; "Oswald's Tale"; "The Gospel According to the Son," "The Castle and the Forest" and "On God." He died in 2007.
Loading...
or support indie stores by buying on
(This book is on backorder)