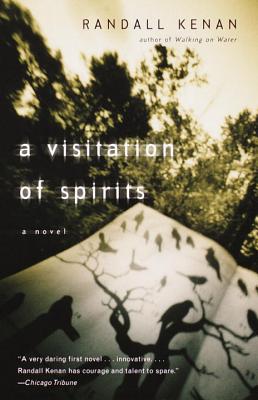 A Visitation of Spirits

Horace Cross, the 16-year-old descendent of slaves and deacons of the church, spends a horror-filled spring night wrestling with the demons and angels of his brief life. Brilliant, popular, and the bright promise of his elders, Horace struggles with the guilt of discovering who he is, a young man attracted to other men and yearning to escape the narrow confines of Tim's Creek. His cousin, the Reverend James Greene, tries to help Horace but finds he is no more prepared than the older generation to save Horace's soul or his life. And as he views the aftermath of Horace's horrible night, he is left with only questions and the passing of generations.

In his powerful first novel, Randall Kenan--recipient of the Prix de Rome, the Whiting Award, and other accolades--shows us the effects of a proud family heritage on a generation that must confront a world far removed from anything they are prepared for.

Told in a montage of voices and memories, A Visitation of the Spirits shows just how richly populated a family's present is with the spirits of the past and the future.

Praise For A Visitation of Spirits: A Novel (Vintage Contemporaries)…

"Randall Kenan continues [James] Baldwin's legendary tradition of 'telling it on the mountain' by giving voice to the unvarnished truth about blacks and homosexuality." --San Francisco Chronicle