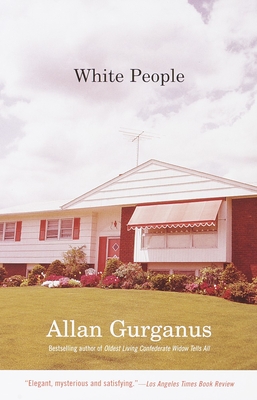 In eleven glorious stories, Allan Gurganus, author of the highly acclaimed Oldest Living Confederate Widow Tells All, gives heart-breaking and hilarious voice to the fears, desires, and triumphs of Americans—black and white, gay and straight, old and young, Northern and especially Southern.

Here are war heroes bewildered by the complex negotiations of family life, former debutantes called upon to muster resources they never knew they had, vacationing senior citizens confronted by their own bravery, and married men brought up short by the marvelous possibilities of entirely different lives.  Written with flair, wit, and deep humanity, this award-winning volume confirms Allan Gurganus as one of the finest writers of our time.

"Gurganus, a storyteller in the grand tradition...can tell his stories as well as anyone alive in our time." --The New York Times Book Review

"Each story is a gem."--San Francisco Chronicle

The title novella of White People won the National Magazine Prize. He other honors include PEN/Fualkner Award finalist,  the Los Angeles Times Book Prize, the Southern Book Prize, and the Sue Kaufman Prize from the American Academy of Arts and Letters. Allan Gurganus lives in a small town in North Carolina.
Loading...
or
Not Currently Available for Direct Purchase