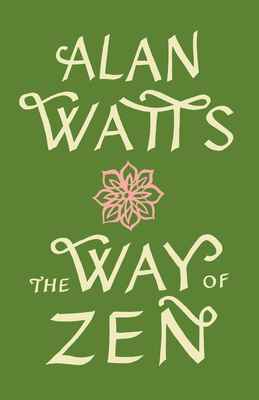 The Way of Zen

In his definitive introduction to Zen Buddhism, Alan Watts ("the perfect guide for a course correction in life" —Deepak Chopra), explains the principles and practices of this ancient religion.

With a rare combination of freshness and lucidity, he delves into the origins and history of Zen to explain what it means for the world today with incredible clarity. Watts saw Zen as “one of the most precious gifts of Asia to the world,” and in The Way of Zen he gives this gift to readers everywhere.

“Perhaps the foremost interpreter of Eastern disciplines for the contemporary West, Watts had the rare gift of ‘writing beautifully the unwritable.’” —Los Angeles Times

Praise For The Way of Zen…

“Perhaps the foremost interpreter of Eastern disciplines for the contemporary West, Watts had the rare gift of ‘writing beautifully the unwritable.’”
—Los Angeles Times

Alan W. Watts, who held both a master’s degree in theology and a doctorate of divinity, is best remembered as an interpreter of Zen Buddhism in particular, and of Indian and Chinese philosophy in general. Standing apart, however, from sectarian membership, he has earned the reputation of being one of the most original and “unrutted” philosophers of the twentieth century. Watts was the author of some twenty books on the philosophy and psychology of religion that have been published in many languages throughout the world, including the bestselling The Way of Zen. An avid lecturer, Watts appeared regularly on the radio and hosted the popular television series, Eastern Wisdom and Modern Life,in the 1960s. He died in 1973.
Loading...
or support indie stores by buying on