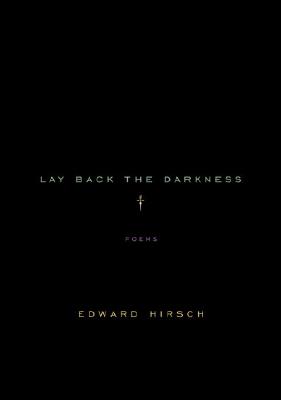 Lay Back the Darkness

Edward Hirsch’s sixth collection is a descent into the darkness of middle age, narrated with exacting tenderness. He explores the boundaries of human fallibility both in candid personal poems, such as the title piece—a plea for his father, a victim of Alzheimer’s wandering the hallway at night—and in his passionate encounters with classic poetic texts, as when Dante’s Inferno enters his bedroom:

When you read Canto Five aloud last night
in your naked, singsong, fractured Italian,
my sweet compulsion, my carnal appetite,
I suspected we shall never be forgiven
for devouring each other body and soul . . .

From the lighting of a Yahrzeit candle to the drawings by the children of Terezin, Hirsch longs for transcendence in art and in the troubled history of his faith. In “The Hades Sonnets,” the ravishing series that crowns the collection, the poet awakens full of grief in his wife’s arms, but here as throughout, there is a luminous forgiveness in his examination of our sorrows. Taken together, these poems offer a profound engagement with our need to capture what is passing (and past) in the incandescence of language.

Edward Hirsch has published five previous books of poems: For the Sleepwalkers (1981), Wild Gratitude (1986), which won the National Book Critics Circle Award, The Night Parade (1989), Earthly Measures (1994), and On Love (1998). He has also written three prose books, including How to Read a Poem and Fall in Love with Poetry (1999), a national best-seller, and The Demon and the Angel: Searching for the Source of Artistic Inspiration (2002). A frequent contributor to leading magazines and periodicals, including The New Yorker, DoubleTake, and American Poetry Review, he also writes the Poet’s Choice column for the Washington Post Book World. He has received the Prix de Rome, a Guggenheim Fellowship, an American Academy of Arts and Letters Award for Literature, and a MacArthur Fellowship. A professor in the Creative Writing Program at the University of Houston for seventeen years, he is now President of the John Simon Guggenheim Memorial Foundation.
Loading...
or
Not Currently Available for Direct Purchase