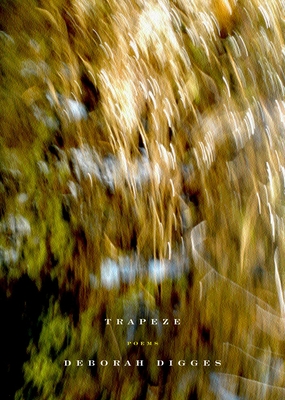 These lush, rewarding reflections on a woman’s passage into midlife are grounded in our intimacy with nature and mortality. Deborah Digges, now in her fifties, looks back in such poems as “Boat” to see younger mothers and their children, and ponders her own “brilliant, trivial unmooring.” As she wanders from the garden to the barn and into the woods, she finds her moods mirrored in the calendar of the seasons, making lush music of the materials at hand and accepting the seismic changes in her life with an appreciation for the incidental scraps of beauty she chances upon.

Throughout these luminous poems–which touch movingly on the illness and loss of her husband–Digges marvels at the brio with which we fling ourselves daringly into the night:

See how the first dark takes the city in its arms
and carries it into what yesterday we called the future.

O, the dying are such acrobats.
Here you must take a boat from one day to the next,

or clutch the girders of the bridge, hand over hand.
But they are sailing like a pendulum between eternity and evening,

Deborah Digges was born and raised in Missouri. She is the author of three books of poems. Her first book, Vesper Sparrows, won the Delmore Schwartz Memorial Prize from New York University. Late in the Millennium was published in 1989, and Rough Music, which won the Kingsley Tufts Prize, was published in 1995. Digges has written two memoirs, Fugitive Spring (1991) and The Stardust Lounge (2001). She has received grants from the John Simon Guggenheim Foundation, the National Endowment for the Arts, and the Ingram Merrill Foundation. Digges lives in Massachusetts, where she is a professor of English at Tufts University.
Loading...
or support indie stores by buying on
(This book is on backorder)