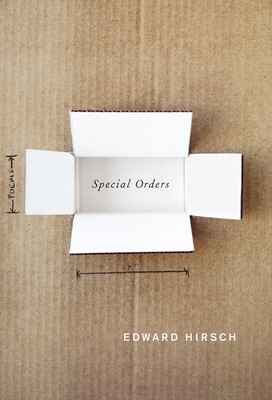 In these powerful and “achingly beautiful” (Booklist) poems of self-examination and openness from one of the cornerstones of the poetry world, Edward Hirsch assesses “the minor triumphs, the major failures” of his life, and the people and places that have colored it.

“Hirsch summons the past and holds it like a stone in his palm . . . It is possibly the most triumphant kind of mourning, that which holds that things gone by are not lost, only transformed.” —The Pedestal Magazine (online)

“A chronicle of the triumphs and failings of life . . . supersaturated with his delightful, instructive allusions to the greats of yore.” —New York

Edward Hirsch is the author of seven previous collections of poetry. He has received numerous awards, including a MacArthur Fellowship and a National Book Critics Circle Award, and publishes regularly in journals such as American Poetry Review and The New Yorker. A longtime teacher in the Creative Writing Program at the University of Houston, he is now president of the John Simon Guggenheim Memorial Foundation.
Loading...
or
Not Currently Available for Direct Purchase