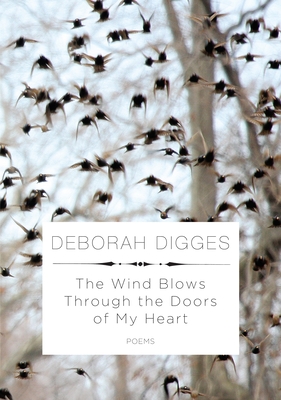 The Wind Blows Through the Doors of My Heart

Now in paperback, the final, posthumous collection of poems by Deborah Digges: rich stories of family life, nature's bounty, love, and loss--the overflowing of a heart burdened by grief and moved by beauty.

When Deborah Digges died in the spring of 2009, at the age of fifty-nine, she left this gathering of poems that captures a stunning gift that prevailed to the end. Here are poems that speak of her rural Missouri childhood in a family with ten children; the love between men and women as well as the devastation of widowhood; the moods of nature; and throughout, touching all subjects, is the call to poetry itself.

DEBORAH DIGGES was the author of five collections of poems, for which she won the Delmore Schwartz Memorial Prize from New York University and the Kingsley Tufts Prize, and two memoirs. The recipient of grants from the John Simon Guggenheim Memorial Foundation, the National Endowment for the Arts, and the Ingram Merrill Foundation, Digges lived in Massachusetts, where she was a professor of English at Tufts University until her death in 2009.
Loading...
or
Not Currently Available for Direct Purchase