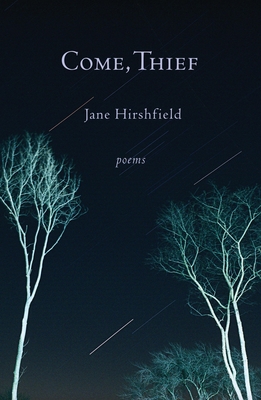 A revelatory, indispensable collection of poems from Jane Hirshfield that centers on beauty, time, and the full embrace of an existence that time cannot help but steal from our arms.

Hirshfield is unsurpassed in her ability to sink into a moment’s essence and exchange something of herself with its finite music—and then, in seemingly simple, inevitable words, to deliver that exchange to us in poems that vibrate with form and expression perfectly united. Hirshfield’s poems of discovery, acknowledgment of the difficult, and praise turn always toward deepening comprehension. Here we encounter the stealth of feeling’s arrival (“as some strings, untouched, / sound when a near one is speaking. / So it was when love slipped inside us”), an anatomy of solitude (“wrong solitude vinegars the soul, / right solitude oils it”), a reflection on perishability and the sweetness its acceptance invites into our midst (“How suddenly then / the strange happiness took me, / like a man with strong hands and strong mouth”), and a muscular, unblindfolded awareness of our shared political and planetary fate.

To read these startlingly true poems is to find our own feelings eloquently ensnared. Whether delving into intimately familiar moments or bringing forward some experience until now outside words, Hirshfield finds for each face of our lives its metamorphosing portrait, its particular, memorable, singing and singular name.

White moths
against the screen
in August darkness.

Some clamor
in envy.

Some spread large
as two hands
of a thief

who wants to put
back in your cupboard
the long-taken silver.

“A deep well full of strength and wisdom.” —The New York Times

“Vibrant . . . This celebrated American poet clearly savors the material world but does not shy away from seeing past it . . . In these clear-eyed and luminous poems, she has borrowed from the great Tang Dynasty masters and fused style and philosophical outlook into a fresh way of representing experience.”—The Washington Post

“Hirshfield’s lucid poems are philosophical and sensuous, concise yet mysterious. Ruefully funny and irreverently reverent. They are also gloriously earthy as she looks deeply at trees, animals, insects, and our own wondrous if betraying bodies . . . Wittily deductive and metaphysically resplendent, Hirshfield’s supple and knowing poems reflect her long view, her quest for balance, and her exuberant participation in the circle dance of existence.” —Booklist

“Buddhism and aphorism, outdoor delights and indoor wisdom have all attracted readers to Hirshfield’s spare and approachable lines; the poet navigates securely between praise and advice, mostly in clearly quotable form.” —Publishers Weekly

“In Come, Thief, poet Jane Hirshfield focuses on the lovely but overlooked things in everyday life: stones that are beautiful only when wet, maples setting down their red leaves, the rosy and gold and stippled pattern of her grandfather’s watch. Using clear, straightforward language, she finds the meaning in what could be—in less observant hands—the meaningless, often with a flash of unexpected humor.”  —Oprah.com

“Significant is that the smallest thought can house the largest idea. The universe can be found in a drop of rain or a grain of sand, but we have to know what to look for and how to see. Then there is belief. These poems start with the belief that we have the capacity that the poet has, and it requires a kind of faith in the reader.” —The Washington Independent Review of Books

“[Hirshfield] is a visionary. Rarely making spirituality and her own long Zen practice her overt subject, Hirshfield nonetheless makes poems which possess a subtle lucidity that is accessible and understated on the one hand, and suffused with a resonant “beyonding” of the self and the quotidian on the other. Her poems press the experiential  . . . in order to transcend soma and solipsism.” —The Chronicle of Higher Education

“The best writers linger over every word, and each line break and segue from image to image; Hirshfield is clearly one of our most precise, careful poets. And Come, Thief , with its flawless construction, is the kind of book that can inhabit you, can even begin to color how you see the particulars of the world. These poems wear a kind of detached delight on their sleeves.” —Basalt Magazine


“Her seventh volume of poetry, Come, Thief, lures readers into a world rich with alchemical reflections and personal metaphoric revelations. Her verse explores the bitter sweetness of morality through breathtaking details found in the natural world and cradles the reader close with profound simplicity.” —Pacific Sun

Jane Hirshfield is the author of six previous collections of poetry, a now-classic book of essays, Nine Gates: Entering the Mind of Poetry, and three books collecting the work of women poets from the past. Her awards include fellowships from the Guggenheim and Rockefeller foundations, the Academy of American Poets, and the National Endowment for the Arts; three Pushcart Prizes; the California Book Award; The Poetry Center Book Award; and other honors. Her poems appear regularly in The New Yorker, The Atlantic, and Poetry and have been included in six editions of The Best American Poetry. Her collection Given Sugar, Given Salt was a finalist for the National Book Critics Circle Award, and After was named a “Best Book of 2006” by The Washington Post, the San Francisco Chronicle, and the United Kingdom’s Financial Times. She lives in the San Francisco Bay Area.
Loading...
or
Not Currently Available for Direct Purchase