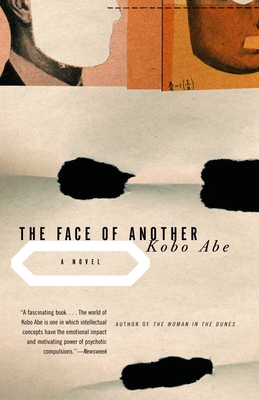 The Face of Another (Vintage International)

Like an elegantly chilling postscript to The Metamorphosis, this classic of postwar Japanese literature describes a bizarre physical transformation that exposes the duplicities of an entire world. The narrator is a scientist hideously deformed in a laboratory accident–a man who has lost his face and, with it, his connection to other people. Even his wife is now repulsed by him.

His only entry back into the world is to create a mask so perfect as to be undetectable. But soon he finds that such a mask is more than a disguise: it is an alternate self–a self that is capable of anything. A remorseless meditation on nature, identity and the social contract, The Face of Another is an intellectual horror story of the highest order.

Praise For The Face of Another (Vintage International)…

"A fascinating book.... The world of Kobo Abe is one in which intellectual concepts have the emotional impact and motivating power of psychotic compulsions."–Newsweek

"A major novel... Since The Woman in the Dunes, Kobo Abe's stock as a novelist has been very high. The Face of Another raises it still more."–The Christian Science Monitor

"Probes the edges of a waking nightmare....The central, shaping metaphor of face and facelessness is brilliant, and Abe's relentless pursuit of its every implication is powerful."–The Saturday Review

Kobo Abe was born in Tokyo in 1924, grew up in Manchuria, and returned to Japan in his early twenties. In 1948 he received a medical degree from Tokyo Imperial University, but he never practiced medicine. Before his death in 1993, Abe was considered his country's foremost living novelist, and was also widely known as a dramatist. His novels have earned many literary awards and prizes, and have all been best sellers in Japan. They include The Woman in the Dunes, Kangaroo Notebook, The Ark Sakura, The Face of Another, The Box Man, and The Ruined Map.
Loading...
or support indie stores by buying on