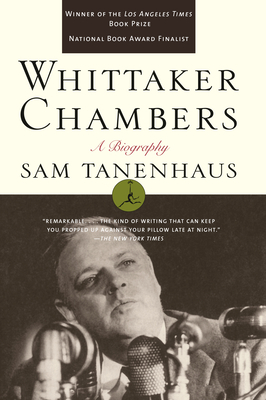 Whittaker Chambers is the first biography of this complex and enigmatic figure. Drawing on dozens of interviews and on materials from forty archives in the United States and abroad--including still-classified KGB dossiers--Tanenhaus traces the remarkable journey that led Chambers from a sleepy Long Island village to center stage in America's greatest political trial and then, in his last years, to a unique role as the godfather of post-war conservatism. This biography is rich in startling new information about Chambers's days as New York's "hottest literary Bolshevik"; his years as a Communist agent and then defector, hunted by the KGB; his conversion to Quakerism; his secret sexual turmoil; his turbulent decade at Time magazine, where he rose from the obscurity of the book-review page to transform the magazine into an oracle of apocalyptic anti-Communism. But all this was a prelude to the memorable events that began in August 1948, when Chambers testified against Alger Hiss in the spy case that changed America. Whittaker Chambers goes far beyond all previous accounts of the Hiss case, re-creating its improbably twists and turns, and disentangling the motives that propelled a vivid cast of characters in unpredictable directions.

A rare conjunction of exacting scholarship and narrative art, Whittaker Chambers is a vivid tapestry of 20th century history.

Sam Tanenhaus was the editor of both The New York Times Book Review and the Week in Review section of The New York Times. From 1999 to 2004 he was a contributing editor at Vanity Fair, where he wrote often on politics. His work has also appeared in The New York Times Magazine, The New Republic, The New York Review of Books, and many other publications. Tanenhaus’s book Whittaker Chambers: A Biography won the Los Angeles Times Book Prize and was a finalist for both the National Book Award and the Pulitzer Prize.
Loading...
or
Not Currently Available for Direct Purchase