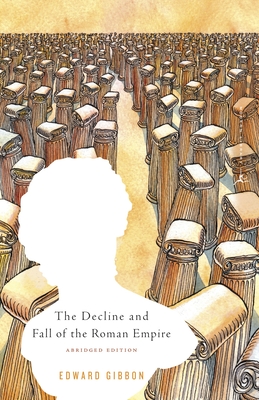 The Decline and Fall of the Roman Empire

Edited, abridged, and with a critical Foreword by Hans-Friedrich Mueller
Introduction by Daniel J. Boorstin
Illustrations by Giovanni Battista Piranesi

Edward Gibbon’s masterpiece, which narrates the history of the Roman Empire from the second century A.D. to its collapse in the west in the fifth century and in the east in the fifteenth century, is widely considered the greatest work of history ever written. This abridgment retains the full scope of the original, but in a breadth comparable to a novel. Casual readers now have access to the full sweep of Gibbon’s narrative, while instructors and students have a volume that can be read in a single term. This unique edition emphasizes elements ignored in all other abridgments—in particular the role of religion in the empire and the rise of Islam.

Praise For The Decline and Fall of the Roman Empire: Abridged Edition…

“[Gibbon] stood on the summit of the Renaissance achievement and looked back over the waste of history to ancient Rome, as from one mountain top to another.”—Christopher Dawson

Hans-Friedrich Mueller is the William D. Williams Professor of Classics at Union College in Schenectady, New York, and the author of Roman Religion in Valerius Maximus.

Daniel J. Boorstin, Pulitzer Prize–winning historian and Librarian of Congress emeritus, is the author of many books, including The Creators and The Discoverers.
Loading...
or support indie stores by buying on