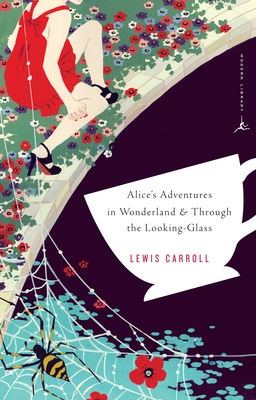 Alice's Adventures in Wonderland & Through the Looking-Glass (Modern Library Classics)

Conceived by a shy British don on a golden afternoon to entertain ten-year-old Alice Liddell and her sisters, Alice’s Adventures in Wonderland and Through the Looking-Glass have delighted generations of readers in more than eighty languages. “The clue to the enduring fascination and greatness of the Alice books,” writes A. S. Byatt in her Introduction, “lies in language. It is play, and word-play, and its endless intriguing puzzles continue to reveal themselves long after we have ceased to be children.”