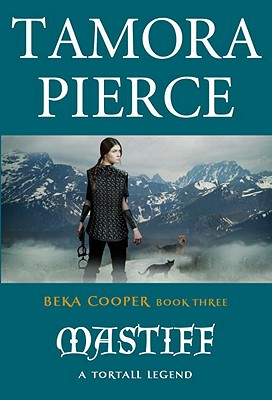 The Legend of Beka Cooper gives Tamora Pierce's fans exactly what they want—a smart and savvy heroine making a name for herself on the mean streets of Tortall's Lower City—while offering plenty of appeal for new readers as well.

Starred Review, Kirkus Reviews, October 1, 2011:
"Pierce has long been lauded for her kickass heroines, and in Beka she has created her most compelling, complicated character...[T]his novel provides both crackerjack storytelling and an endearingly complex protagonist."

Booklist, December 1, 2011:
"This concluding title in the Beka Cooper series is the best yet, a tasty blend of detective work, romance, magic, and treachery."

TAMORA PIERCE has completed four series of books set in the fantasy realm of Tortall. Pierce's fast-paced, suspenseful writing and strong, believable heroines have won her much praise: "Emperor Mage" was a 1996 ALA Best Book for Young Adults.
Loading...
or
Not Currently Available for Direct Purchase