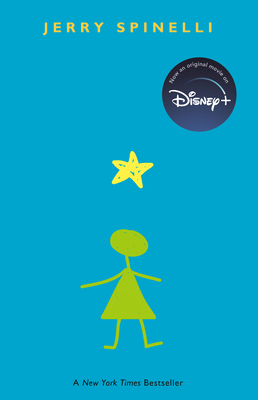 This beloved celebration of individuality will soon be an original film on Disney+, releasing March 13!

Stargirl. From the day she arrives at quiet Mica High in a burst of color and sound, the hallways hum with the murmur of “Stargirl, Stargirl.” She captures Leo Borlock’ s heart with just one smile. She sparks a school-spirit revolution with just one cheer. The students of Mica High are enchanted. At first.

Then they turn on her. Stargirl is suddenly shunned for everything that makes her different, and Leo, panicked and desperate with love, urges her to become the very thing that can destroy her: normal. In this celebration of nonconformity, Newbery Medalist Jerry Spinelli weaves a tense, emotional tale about the perils of popularity and the thrill and inspiration of first love.

Don’t miss the sequel, Love, Stargirl, and Jerry Spinelli’s latest novel, The Warden’s Daughter, about another girl who can't help but stand out.

"Spinelli has produced a poetic allegorical tale about the magnificence and rarity of true nonconformity." -- The New York Times

"Stargirl is luminescent. . . . This book resonates long after the cover is closed." -- The Detroit News and Free Press