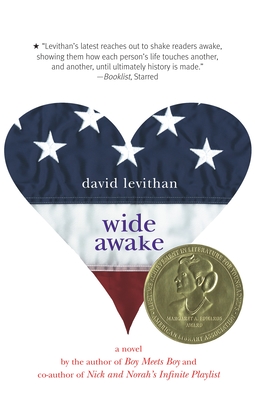 The New York Times bestselling author of Every Day delivers an emotional and politically charged novel that’s perfect reading for an election year—and for every year—but most especially for those times when the very democratic process is called into question and basic rights are at risk.

In the not-too-impossible-to-imagine future, a gay Jewish man has been elected president of the United States. Until the governor of one state decides that some election results in his state are invalid, awarding crucial votes to the other candidate, and his fellow party member. Thus is the inspiration for couple Jimmy and Duncan to lend their support to their candidate by deciding to take part in the rallies and protests. Along the way comes an exploration of their relationship, their politics, and their country, and sometimes, as they learn, it's more about the journey than it is about reaching the destination.

Only David Levithan could so masterfully and creatively weave together a plot that's both parts political action and reaction, as well as a touching and insightfully-drawn teen love story.

A MARGARET A. EDWARDS AWARD WINNER

“Levithan’s latest reaches out to shake readers awake, showing them how each person’s life touches another, and another, until ultimately history is made.”—Booklist, Starred

David Levithan is a children's book editor in New York City. The author lives in Hoboken, NJ.
Loading...
or support indie stores by buying on