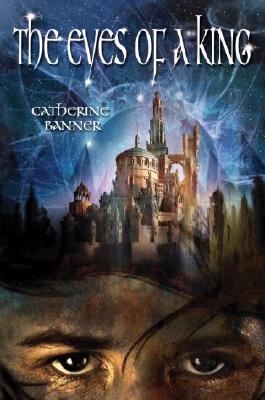 The Eyes of a King

FIFTEEN-YEAR-OLD LEO NORTH’S prospects in life are limited. He attends military school, lives with his fearful grandmother, and looks after his brother Stirling. He resists his innate powers, because those who demonstrate any sort of magical ability are considered enemies of the state. But when he finds a blank book in the snow, his typical indifference melts away. From the first moment he touches the book, he senses its strange power. Passages start to appear on the pages—revealing family secrets, telling the history of Malonia, and uncovering the story of Ryan and Anna, two teens from a parallel universe. When Leo’s seemingly narrow path takes an unexpected tragic turn, he finds himself on a journey from which he can never really return. And, as he slowly begins to lose touch with reality, Ryan and Anna’s story comes to the forefront. Their idyllic summer romance—seemingly worlds away from Leo—has everything to do with Malonia.

Catherine Banner began writing "The Eyes of a King "when she was 14 years old. And now, at age 18, she's busy at work on the next two books in the trilogy. She lives in England.
Loading...
or
Not Currently Available for Direct Purchase