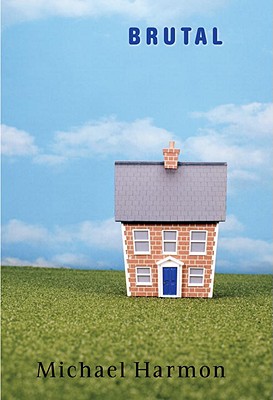 With her martyr-doctor mother gone to save lives in some South American country, Poe Holly suddenly finds herself on the suburban doorstep of the father she never knew, who also happens to be a counselor at her new high school. She misses Los Angeles. She misses the guys in her punk band. Weirdly, she even misses the shouting matches she used to have with her mom.
But Poe manages to find a few friends: Theo, the cute guy in the anarchy Tshirt, and Velveeta, her oddly likeable neighbor and a born victim who's the butt of every prank at Benders High. But when the pranks turn deadly at the hands of invincible football star Colby Morris, Poe knows she's got to fix the system and take down the hero.
With insightfulness, spot-on dialogue, and a swiftly paced plot, Michael Harmon tells the story of a displaced girl grappling with a truly dangerous bully.

Michael Harmon is the author of "Skate (" A remarkable first novel according to "Kirkus Reviews") and "The Last Exit to Normal "( An excellent read according to a starred "School Library Journal "review). He lives in Washington state."
Loading...
or
Not Currently Available for Direct Purchase