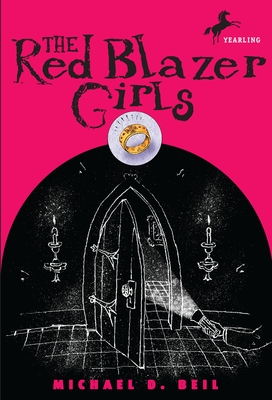 The Ring of Rocamadour

The perfect series for kids who loved THE LEMONADE WAR series and are ready for more mysteries!

"With wit, cunning, snappy dialogue and superior math skills, The Red Blazer Girls represent the best of girl-detectives while still feeling relatable and real. Nancy Drew would be right at home with this group." -- Huffington Post's 15 Greatest Kid Detectives List

It all began with The Scream. And ended with . . . well, if we told you that, it wouldn’t be a mystery! But in between The Scream and The Very Surprising Ending, three friends find themselves on a scavenger hunt set up for a girl they never met, in search of a legendary ring reputed to grant wishes. Are these sleuths in school uniforms modern-day equivalents of Nancy, Harriet, or Scooby? Not really, they’re just three nice girls who decide to help out a weird lady, and end up hiding under tables, tackling word puzzles and geometry equations, and searching rather moldy storage rooms for “the stuff that dreams are made of” (that’s from an old detective movie). Oh, and there’s A Boy, who complicates things. As boys often do.

Intrigued? The Red Blazer Girls offers a fun, twisty adventure for those who love mystery, math (c’mon, admit it!), and a modest measure of mayhem.

Michael D. Beil, an English teacher in a New York City high school, made his literary debut with this fun and brainy mystery. Its sequel, The Vanishing Violin, is also available from Knopf, and the third Red Blazer Girls novel is in the works.

Praise For The Red Blazer Girls: The Ring of Rocamadour…