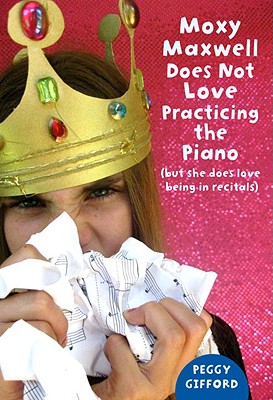 Moxy Maxwell Does Not Love Practicing the Piano

But She Does Love Being in Recitals

Moxy’s back, and ready (kind of, sort of) for her big piano recital! In this hilarious third installment about everyone’s favorite ’tween procrastinator, Moxy Maxwell is set to make her Piano Debut, playing a duet of “Heart and Soul” with her little sister, Pansy. It’s too bad she has no time to practice. Between costume fittings, trying on her crown, warming up her voice, and putting on her stage makeup, Moxy can’t possibly worry about the actual performance. But soon it’s upon her, and Moxy feels something she’s only felt once before in her entire life: nervous! She’s not sure she can go on. Of course, Moxy is Moxy and she rises to the occasion brilliantly.


Praise For Moxy Maxwell Does Not Love Practicing the Piano: But She Does Love Being in Recitals…

Starred Review, Kirkus Reviews, July 1, 2009:
"This is a solid addition to a popular series, sure to attract new fans."

Valorie Fisher is the author-illustrator of "When Ruby Tried to Grow Candy "and "How High Can a Dinosaur Count? "She lives in Cornwall, Connecticut.
Loading...
or
Not Currently Available for Direct Purchase