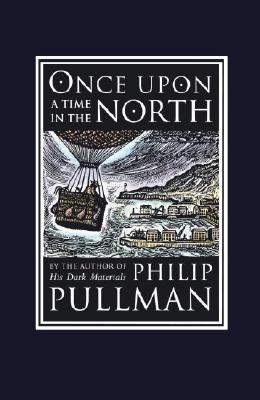 Once Upon a Time in the North (Hardcover)

***** THE BOOK OF DUST, the long-awaited new novel from Philip Pullman set in the world of His Dark Materials, has been hailed by the New York Times as "a stunning achievement."*****

In this prequel episode from Philip Pullman's His Dark Materials universe, Lee Scoresby--Texan aeronaut and future friend to Lyra Belacqua--is just 24 years old, and he's recently won his hot-air balloon in a poker game. He finds himself floating North to the windswept Arctic island of Novy Odense, where he and his hare daemon Hester are quickly tangled in a deadly plot involving oil magnate Larsen Manganese, corrupt mayoral candidate Ivan Poliakov, and Lee's longtime nemesis from the Dakota Country: Pierre McConville, a hired killer with at least twenty murders to his name.

It's only after Lee forms an alliance with one of the island's reviled armored bears that he can fight to break up the conspiracy in a gun-twirling classic western shoot out--and battle of wits. This exquisite clothbound volume features the illustrations of John Lawrence, a removable board game—Peril of the Pole—on the inside back cover, and a glimpse for Pullman fans into the first friendship of two of the most beloved characters in the His Dark Materials trilogy: Lee Scoresby and armored bear Iorek Byrnison.

Praise For Once Upon a Time in the North: His Dark Materials…

Starred Review, Booklist, May 15, 2008:
“Pullman is as fine a writer as there is for young people, and this book is a small gem.”
or
Not Currently Available for Direct Purchase
Copyright © 2020 American Booksellers Association