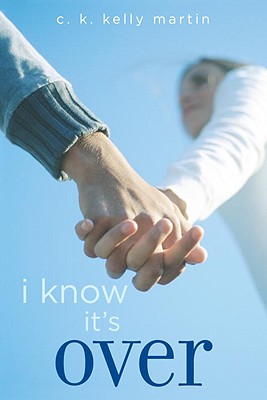 I Know It's Over

An exciting new YA voice!

Pure. Unplanned. Perfect. Those were Nick’s summer plans before Sasha stepped into the picture. With the collateral damage from his parents’ divorce still settling and Dani (his girl of the moment) up for nearly anything, complications are the last thing he needs. All that changes, though, when Nick runs into Sasha at the beach in July. Suddenly he’s neck-deep in a relationship and surprised to find he doesn’t mind in the least. But Nick’s world shifts again when Sasha breaks up with him. Then weeks later, while Nick’s still reeling from the breakup, she turns up at his doorstep and tells him she’s pregnant, and Nick finds himself struggling once more to understand the girl he can’t stop caring for, the girl who insists that it’s still over.

“Sensors be damned; this novel should be read by every teen in North America, and every parent.”—Catherine Gilbert Murdock, author of Dairy Queen

Praise For I Know It's Over…

“This novel should be read by every teen in North America, and every parent.”—Catherine Gilbert Murdock, author of Dairy Queen

“A great read. This one will appeal to fans of Sarah Dessen and John Green.”—Lara Zeises, author of Bringing Up the Bones

C. K. Kelly Martin lives in the greater Toronto area with her husband. This is her first novel. You can visit her Web site and blog at www.ckkellymartin.com.
Loading...
or
Not Currently Available for Direct Purchase