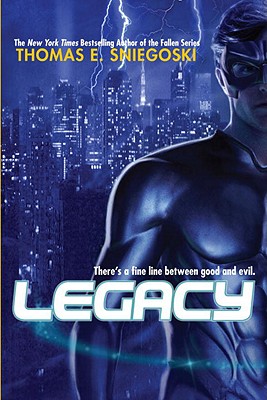 What if you found out your deadbeat father is a superhero? Would you leave your small-town life to take up the mantle of a father you never knew? For 18-year-old Lucas, the choice is an easy one: he's not going to leave behind his mother and his comfortable, if dead-end, life as a high school dropout and auto mechanic for a father who's never been around.
But his father--known officially as billionaire Clayton Hartwell, and secretly as the vigilante superhero the Raptor--tells Lucas that as he is dying, evil is growing, and the world needs Lucas to become the new Raptor. As Lucas spends time with his father observing his -heroic- behavior up close, he is left wondering about the line between good and evil, and if good is only a matter of perspective.

TOM SNIEGOSKI has worked in the comic book field for several years, for companies that include Marvel, Image, and Dark Horse. He has worked on the Vampirella, Ghost, Avengelyne, and Shadowhawk series, as well as his creator-owned Dogs O' War, from Crusade Entertainment, and the groundbreaking Razor: Let Us Prey for London Night Studios. He is the author of the Fallen books, recently made into a TV movie for the ABC Family Channel, and of the Sleeper series. He is also the author of the Owlboy series for Yearling.
Loading...
or
Not Currently Available for Direct Purchase