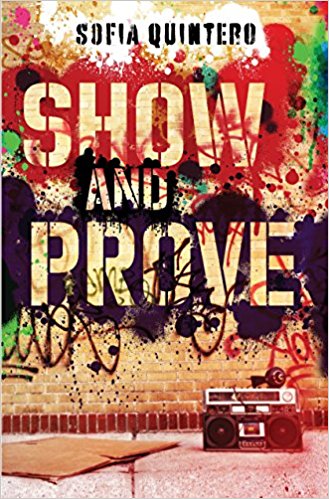 "A must-read for fans of Walter Dean Myer's All the Right Stuff and other lovers of proud urban realism." —Kirkus Reviews

The summer of 1983 was the summer hip-hop proved its staying power. The South Bronx is steeped in Reaganomics, war in the Middle East, and the twin epidemics of crack and AIDS, but Raymond “Smiles” King and Guillermo “Nike” Vega have more immediate concerns.

Smiles was supposed to be the assistant crew chief at his summer camp, but the director chose Cookie Camacho instead, kicking off a summer-long rivalry. Meanwhile, the aspiring b-boy Nike has set his wandering eye on Sara, the sweet yet sassy new camp counselor, as well as top prize at a breakdancing competition downtown. The two friends have been drifting apart ever since Smiles got a scholarship to a fancy private school, and this summer the air is heavy with postponed decisions that will finally be made.

Raw and poignant, this is a story of music, urban plight, and racial tension that’s as relevant today as it was in 1983.

Praise For Show and Prove…

"A must-read for fans of Walter Dean Myer's All the Right Stuff and other lovers of proud urban realism." —Kirkus Reviews

“The characters are well realized and grow through their experiences, while the setting provides insight into an interesting historical moment.” —Booklist

“[A] poignant yet gritty coming-of-age book set in an era not often depicted in teen literature.” —School Library Journal

“Told in alternating voices, the book features two vibrant, fully realized narrators with complex lives; a distinct, memorable supporting cast; and a complete immersion in the zeitgeist of the early eighties, from music to politics.” —The Horn Book

Sofia Quintero is a writer, activist, educator, speaker, and comedienne. She is also the author of Efrain’s Secret and has written several hip-hop novels under the pen name Black Artemis. This self-proclaimed “Ivy League homegirl” graduated from Columbia University and lives in the Bronx. Learn more about Sofia at SofiaQuintero.com.
Loading...
or
Not Currently Available for Direct Purchase