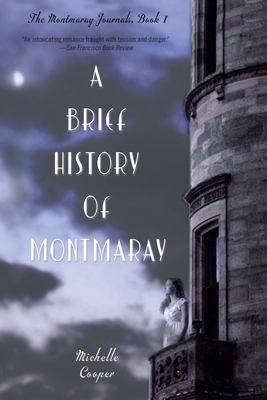 “A Brief History of Montmaray is an engrossing historical novel set on a fictional island between England and Spain on the brink of WWII-- a sovereign island with a mad king, a group of delightful cousins, and a tiny handful of locals. The book starts off as a fun romp, but with each contact from the outside world, we learn more about the Spanish Civil War and the Nazis' rise, until global politics change life on Montmoray forever. This fantastic yarn is filled with interesting thoughts about politics, responsibility, history and legacy, love, and jealousy.”
— Tegan Tigani, Queen Anne Books, Seattle, WA
View the List

“There’s a fine line between gossip and history, when one is talking about kings.”

Sophie Fitzosborne lives in a crumbling castle in the tiny island kingdom of Montmaray with her eccentric and impoverished royal family. When she receives a journal for her sixteenth birthday, Sophie decides to chronicle day-to-day life on the island. But this is 1936, and the news that trickles in from the mainland reveals a world on the brink of war. The politics of Europe seem far away from their remote island—until two German officers land a boat on Montmaray. And then suddenly politics become very personal indeed.

A Brief History of Montmaray is a heart-stopping tale of loyalty, love, and loss, and of fighting to hold on to home when the world is exploding all around you.

“Once in a while, a special book will cross our paths and make us grateful for life and the ability to read. I’m talking about A Brief History of Montmaray by Michelle Cooper. I’m calling her Australia’s next stroke of literary brilliance.”—Viewpoint

Praise For A Brief History of Montmaray (The Montmaray Journals #1)…

Starred Review, Booklist, September 15, 2009:
"A smart and stirring choice to usher fans of the Brontës into the twentieth century."

MICHELLE COOPER has held a variety of jobs including selling ladies' shoes and working in a blood bank. But she now works as a speech and language pathologist. She specializes in learning disabilities and reluctant readers, so she's passionate about getting children and teenagers interested in books. You can learn more about Michelle and her books at MichelleCooper-Writer.com.
Loading...
or
Not Currently Available for Direct Purchase