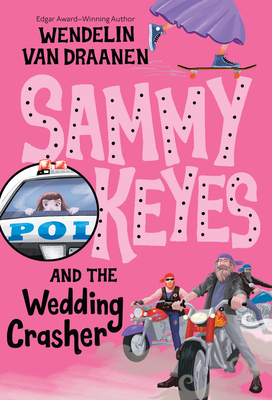 Sammy Keyes and the Wedding Crasher

Sammy takes off her high-tops, puts on some party shoes, and steps into a whole lot of trouble.

Sammy should have known better than to think 8th grade would be easier than 7th. It's only September and already the history teacher is receiving death threats. Naturally, Sammy is the prime suspect.

To make matters worse, officer Borsch has asked Sammy to help out at his wedding. If she doesn't find the real prankster fast, Sammy will be wearing prison stripes instead of a poofy pastel bridesmaid dress.

Praise For Sammy Keyes and the Wedding Crasher…