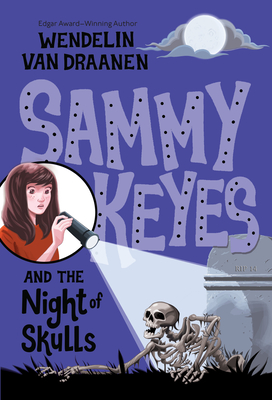 Sammy Keyes and the Night of Skulls

After being chased by a man wielding a shovel, scared silly by a mummy, and attacked by Heather Acosta, Sammy and her pals decide they've had their fill of monsters and head home to eat some candy. But along with bubble gum and chocolate bars, they discover something frightening in their trick-or-treating bags. Something that's definitely not sweet!

Before they know it, Sammy and her friends are following suspicious gravediggers, ghoulish embalmers, and shady undertakers. And somebody is following them . . .

Praise For Sammy Keyes and the Night of Skulls…