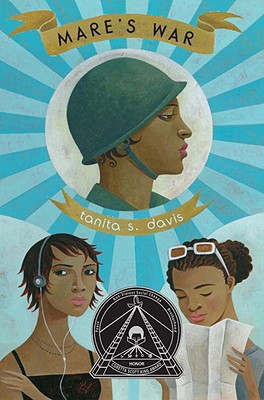 Meet Mare, a grandmother with flair and a fascinating past.

Octavia and Tali are dreading the road trip their parents are forcing them to take with their grandmother over the summer. After all, Mare isn’t your typical grandmother. She drives a red sports car, wears stiletto shoes, flippy wigs, and push-up bras, and insists that she’s too young to be called Grandma. But somewhere on the road, Octavia and Tali discover there’s more to Mare than what you see. She was once a willful teenager who escaped her less-than-perfect life in the deep South and lied about her age to join the African American battalion of the Women’s Army Corps during World War II.

Tanita S. Davis is the author of the young adult novel "A la Carte, "published by Knopf in June 2008. A native Californian, she lives in Glasgow, Scotland.
Loading...
or
Not Currently Available for Direct Purchase