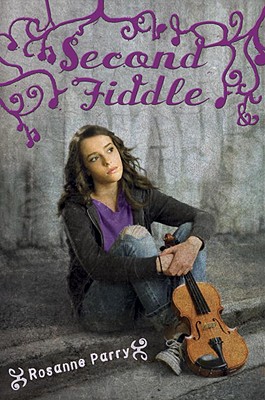 “With the fall of the Berlin Wall, U.S. military families are being relocated, and a trip to Paris for a musical competition will be the last chance for Jody and her two best friends to be together. Their final fling abruptly changes focus when they find a battered Russian soldier under a Berlin bridge. Hoping to do the right thing and save him, they hatch a plan, and the adventure begins. Beautifully written, this is historical fiction you won't be able to put down.”
— Jeanne Snyder, Books & Books, Coral Gables, FL
View the List

The author of Heart of a Shepherd offers another sensitive portrayal of military families, this time stationed abroad, in the city of Berlin at that historic time just after the Wall came down.

When 13-year-old Jody and her friends save a badly beaten Russian soldier from drowning, they put into motion a chain of events that will take them from Berlin to Paris and straight into danger. Jody must quickly learn to trust herself, because in the time directly after the fall of the Berlin Wall, the border between friend and enemy is not as clear as it once was.

ROSANNE PARRY moved to Germany in the spring of 1990 just as the Berlin Wall was coming down. She ran away to Paris for one glorious weekend with her soldier husband, first-born baby, and an enormous purple stroller. The three of them are best friends to this day. Rosanne is the author of "Heart of a Shepherd, " which has been honored as a "Washington Post"'s Best Kids' Book of the Year, a "Kirkus Reviews" Best Children's Book of the Year, and a "Horn Book" Fanfare Best Book of the Year. She also plays the violin for which she has never been honored with a prize of any kind. She now lives in with her husband in an old farmhouse in Portland, Oregon, where they raise four children, three chickens, five kinds of fruit, and their voices in the occasional song. Visit Rosanne at RosanneParry.com.
Loading...
or
Not Currently Available for Direct Purchase