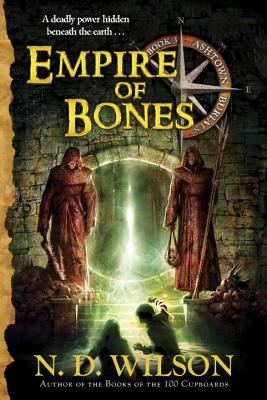 Fans of both Percy Jackson and Indiana Jones will be captivated by the lost civilizations, ancient secrets, and buried treasure found in the third book of the Ashtown Burials series, an action-packed adventure by the author of 100 Cupboards.

Cyrus and Antigone Smith have thwarted Dr. Phoenix’s plans—for the moment. They’ve uncovered a new threat from the transmortals and managed to escape with their lives. Their next adventure will take them deep into the caves below Ashtown, where they will look for help from those imprisoned in one of Ashtown’s oldest tombs.

War looms large in this exciting third installment of the series. Following a dangerous encounter with the diabolical Dr. Phoenix, the Smiths find themselves hunted by both the Ordo Draconis and Order of Brenden. Worse, Phoenix is using the Dragon’s Tooth to build a powerful army that he plans to unleash on the Order. Just when things seem the bleakest, Cyrus and Antigone uncover a ray of hope hidden within a set of cryptic instructions willed to them by the late Billy Bones. To prevail in this impending battle, they must release the ancient powers imprisoned within Ashtown’s forgotten tombs, and they do so at terrible risk. Meanwhile, Cyrus continues to be haunted by the prophecy warning of The Desolation, one whose coming would make “even dragons” tremble with fear. Could this mean an even more deadly advisory is on the horizon? “Ashtown Burials,” with its unique patchwork of history and mythology, effortlessly holds its own among works by such modern fantasy greats as Rick Riordan and J.K. Rowling. Character building is exceptional, and the fast-paced plot will keep readers glued to the pages. A must-have. --SLJ