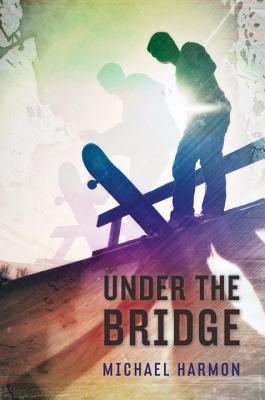 “Harmon uses simple, relatable prose to place readers front and center in this world of skateboarders, drug dealers, and family dynamics. This emotionally acute tale of brotherly love will have even the most reluctant reader hooked.”
— Maggie Tokuda-Hall, Books Inc., San Francisco, CA
View the List

Tate's younger brother Indy is probably the best skateboarder in Spokane. He's also really smart though he couldn't care less about school. But when Indy clashes with his father one too many times and drops out of school, it's up to Tate to win his brother back from the seedier elements of Spokane. Can Tate convince Indy to come home, finish his high school degree, and return to skating Under the bridge with their crew?
Michael Harmon's fast-paced and highly charged novel captures the enduring bond between brothers and their struggle for survival on the gritty streets of Spokane.

MICHAEL HARMON is the author of several award-winning and critically acclaimed novels for young adults includingBrutal, The Last Exit to Normal, Skate, andThe Chamber of Five, which School Library Journal called, "gritty and powerful."
Loading...
or
Not Currently Available for Direct Purchase