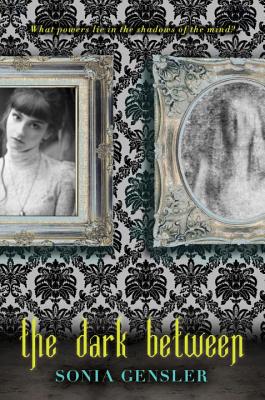 A supernatural romance about the powers that lie in the shadows of the mind, perfect for fans of Sarah Rees Brennan, Alyxandra Harvey, and Libba Bray.
At the turn of the twentieth century, Spiritualism and seances are all the rage--even in the scholarly town of Cambridge, England. While mediums dupe the grief-stricken, a group of local fringe scientists seeks to bridge the gap to the spirit world by investigating the dark corners of the human mind.
Each running from a shadowed past, Kate, Asher, and Elsie take refuge within the walls of Summerfield College. But their peace is soon shattered by the discovery of a dead body nearby. Is this the work of a flesh-and-blood villain, or is something otherworldly at play? This unlikely trio must illuminate what the scientists have not, and open a window to secrets taken to the grave--or risk joining the spirit world themselves.

Sonia Gensler is also the author of The Revenant and Ghostlight. She grew up in a small Tennessee town and spent her early adulthood collecting impractical degrees from various Midwestern universities. A former high school English teacher, she now writes full-time in Oklahoma.
Loading...
or
Not Currently Available for Direct Purchase