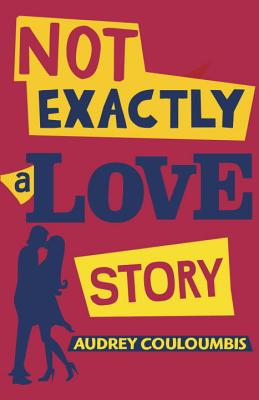 Not Exactly a Love Story

“By day, Vinnie Gold, new to Queens, faces locker room confrontations and has a new step-dad. By night, Vincenzo Gold anonymously calls his attractive next-door neighbor, Patsy. Patsy initially hangs up on her nightly midnight caller, but, as conversations grow longer, Patsy becomes intrigued by the mystery. This hilarious, clever story heats up when Patsy falls in love with the caller, and Vincenzo knows it's time to reveal his true identity!”
— Jane Morck, Third Place Books, Lake Forest Park, WA
View the List

A fifteen-year-old creates an alter ego to woo his dream girl. Compulsively readable. "The New York Times"
This quirky, flirty, and smart story will appeal to fans of Frank Portman's "King Dork, " John Green's "An Abundance of Katherines, " and Rainbow Rowell's "Eleanor and Park." It's not exactly a love story . . . but it's pretty close.
It's 1977. Fifteen-year-old Vinnie is recovering from the worst case of acne his dermatologist's ever seen. His girl moved to California without saying good-bye. And the ink on his parents divorce papers is barely dry when his mom announces they re moving from Queens to Long Island. The silver lining? Moving next door to Patsy, everyone's dream girl. Not that she d ever notice him. But when Vinnie calls Patsy one night, it leads to a chain of anonymous midnight conversations, and the two develop a surprisingly strong connection despite the lies it's built on. But as Vinnie gets to know Patsy in real life, it's clear that both identities can t survive. . . .


Praise For Not Exactly a Love Story…

AUDREY COULOUMBIS's first book for children, "Getting Near to Baby, "won the Newbery Honor in 2000."
Loading...
or
Not Currently Available for Direct Purchase