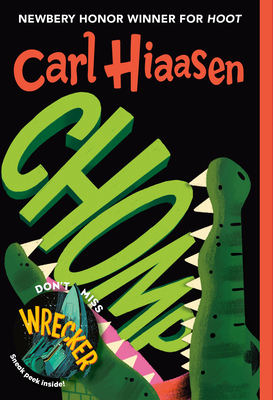 In this hysterical #1 New York Times bestseller, one kid has to wrangle gators, snakes, bats that bite, and a reality show host gone rogue! This is Carl Hiaasen's Florida—where the creatures are wild and the people are wilder!

“Only in Florida—and in the fiction of its native son Carl Hiaasen—does a dead iguana fall from a palm tree and kill somebody.” —New York Post