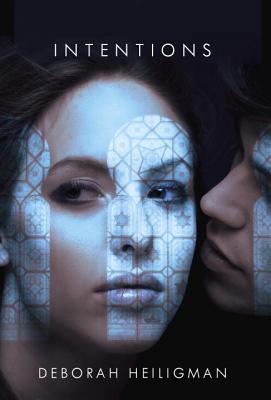 Rachel thought she was grown up enough to accept that no one is perfect. Her parents argue, her grandmother has been acting strangely, and her best friend doesn't want to talk to her. But none of that could have prepared her for what she overheard in her synagogue's sanctuary.

Now Rachel's trust in the people she loves is shattered, and her newfound cynicism leads to reckless rebellion. Her friends and family hardly recognize her, and worse, she can hardly recognize herself. But how can the adults in her life lecture her about acting with kavanah, intention, when they are constantly making such horribly wrong decisions themselves? This is a witty, honest account of navigating the daunting line between losing innocence and entering adulthood—all while figuring out who you really want to be.

Starred Review, Booklist, August 1, 2012:
“The fastmoving, powerful narrative in Rachel’s present-tense voice will easily draw teens, not only with its dark drama, but also with the spot-on teen banter and wry viewpoint.”

DEBORAH HEILIGMAN's most recent book, Charles and Emma, won numerous awards including a Printz Honor and received five starred reviews. She lives in New York City with her family.
Loading...
or
Not Currently Available for Direct Purchase