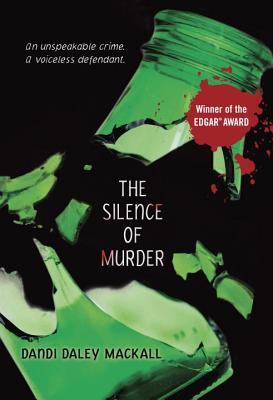 The Silence of Murder (Hardcover)

Seventeen-year-old Hope Long's life revolves around her brother Jeremy.  So when Jeremy is accused of killing the town's beloved baseball coach, Hope's world begins to unravel. Everyone is convinced Jeremy did it, and since he hasn't spoken a word in 9 years, he's unable to defend himself.  Their lawyer instructs Hope to convince the jury that Jeremy is insane, but all her life Hope has known that Jeremy's just different than other people—better, even. As she works to prove his innocence—joined by her best friend T.J. and the sheriff's son, Chase—Hope uncovers secrets about the murder, the townspeople, her family, and herself. She knows her brother isn't the murderer.  But as she comes closer to the truth, she's terrified to find out who is.

DANDI DALEY MACKALL has written many books for children and adults. She has held a humorist column and served as freelance editor, has hosted over 200 radio phone-in programs, and has made dozens of appearances on TV. Dandi conducts writing assemblies and workshops across the U.S. and keynotes at conferences and young author events. She writes from rural Ohio with her husband, three children, and their horses, dogs, and cats. Visit her at DandiBooks.com.
or
Not Currently Available for Direct Purchase
Copyright © 2020 American Booksellers Association