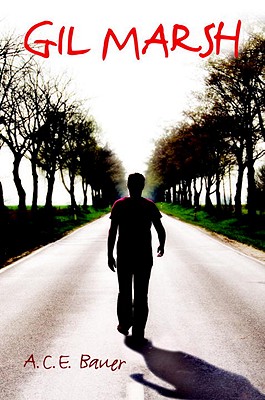 Good looking, athletic, and smart, Gill Marsh is the most popular kid at Uruk High School, even though he is only a junior. When Enko, a new kid from Montreal, shows up, Gil is wary. Yet Enko is easy going and matches Gil's athletic prowess without being a threat. Soon, the two become inseparable friends, practicing, studying, and double-dating.

Then suddenly, to everyone's shock, Enko succombs to an aggressive cancer.

When Enko's parents take his body and return to Canada, Gil is unable to even say good bye. He is inconsolable. Determined to find Enko's grave, Gil sneaks away and heads north.

Closely based on the ancient story of Gilgamesh, the Sumerian King from 3000 BC, A. C. E. Bauer has carefully woven the classic elements of myth to follow Gil's quest and explore the grief and growth of a young man.

A. C. E. BAUER has always been infatuated with the classics, and has been telling stories ever since she could talk (some were real whoppers). After learning how to write, she began handing them out as gifts to her family. Ms. Bauer took a break from writing for a while when she was a lawyer helping poor people, writing legal briefs and telling stories about her clients. She has returned to fiction and now writes for children of all ages. Born and raised in Montreal, she spends most of the year in Cheshire, Connecticut, and much of the summer on a lake in Quebec. She lives with her husband, two children, and their dog Speedy. Learn more at acebauer.com.
or
Not Currently Available for Direct Purchase
Copyright © 2020 American Booksellers Association